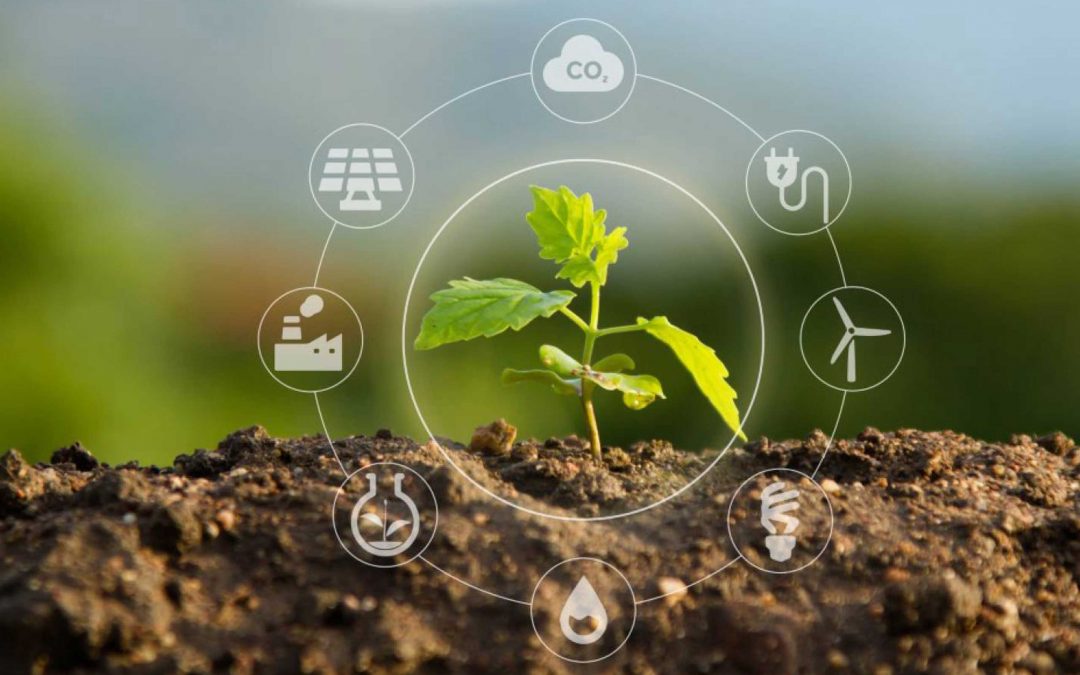 The COVID-19 pandemic has left a large number of sectors with low growth expectations for the coming quarters and even years, due to the destruction of significant parts of companies’ value chains. However, every crisis is accompanied by a rethinking of the long-term objectives of the affected economies and societies. One of the objectives that has taken on an important role is the need for economic growth to be accompanied by respect for the environment. In this sense, renewable energy has experienced exponential growth as a means to produce electricity around the world. After Spain experienced a boom in wind energy, mainly between 2000 and 2011 (+867%), we now see how photovoltaic energy has started leading the way, thanks largely to lower production costs and technological advances, becoming the most economically competitive energy source. Thus, in 2019, the photovoltaic sector experienced a growth in facilities of 13% or +117 GW in terms of output, of which 16.7 GW were installed in Europe, Spain being the main driver at the European level both in relative terms (+92%) and in terms of GW constructed (4.7 GW). It ranked sixth globally. Looking ahead, expectations remain quite positive, thanks to different international agreements, such as the Paris Agreement on Ecological Transition and the National Integrated Energy and Climate Plan (NIECP), which sets an installed photovoltaic power target of 39 GW (vs. the current 9.9 GW) by 2030 in Spain. At the same time, according to estimates from Bloomberg News Energy Finance, by 2050, two thirds of the world’s electricity generation will be zero emissions, and photovoltaic and wind will produce 50% of the electricity. This growth is driven by both by regulatory facilitation and government aid, as well as by the significant improvement of its competitiveness. Not for nothing, between 2010 and 2020 the costs of producing photovoltaic energy have been reduced by 89% and, it is estimated, it will be reduced by another 34% by 2030, according to the International Energy Agency. If we turn our gaze to the market, we see how corporate investment has not waited to take place and news about capital raising of companies in the sector does not cease, as they seek a strengthening of their balance sheets and better positioning to maximize growth and take advantage of this new “golden” fever. At the end of October, almost 2 years after the last IPO, coincidentally by a developer of photovoltaic plants, Solarpack, we saw the successful listing of Soltec on the Bolsa de Madrid, an equipment company for photovoltaic installations specialized in the design and manufacture of solar trackers. The company managed to raise more than 150 million euros through their offering. Similarly, photovoltaic plant developer Solaria has been the latest company to join the IBEX-35. In addition, if we analyzed the price movement of the Spanish stock exchange in the last two years, we observe that 2 of the top 3 performing companies are engaged in renewable energy: Grenergy and Solaria, with a return of 478% and 352%, respectively, as of November 2020. Soltec’s success has also made its way to other companies that have set out to search for funds on the stock exchange, such as Capital Energy, whose goal is to develop a portfolio of photovoltaic and wind farms that total 30GW. More and more people are stressing that the photovoltaic sector is a great investment opportunity, as it will be the greatest beneficiary of the energy transition because it has the institutional support of the Spanish state and the European Union (Paris Treaty). Private equity funds are also aware of the need for capital in the sector and have set their sights on renewable energy-related companies. Recently, Everwood Capital has reached an agreement with Prodiel to buy photovoltaic projects in Spain that sum to more than 1 GW and will account for the majority of its fifth fund, which sets a net profit target of 12% per annum. However, previous funds yielded returns of between 17.8% and 33.1%, thus, exceeding this target. Meanwhile, in the last year, the Korean company Hanwha has bought, through its subsidiary Q Cells, more than 1.4 GW from Spanish developer Ric Energy. Lightsource BP and Forestalia have strengthened their alliance in Spain with new projects and venture capital firm Suma Capital will invest between 20 and 25 million euros in solar miniplants with Efelec. The race for stakes in renewable energy has started. It appears to be impressive both in terms of its total value and the length of time it persists. We cannot fall asleep if we want to have a winning position.