Over the last few years, the online higher education industry has been undergoing continuous expansion. The main drivers are the development of the Internet and the demand for degrees that facilitate employability. In addition, the measures taken during the current COVID-19 pandemic have strongly boosted the penetration of this type of product.
In such a demanding labor market, education with specializations and differentiated elements are almost mandatory to add value to a curriculum and studying a master’s or postgraduate degree can be the key to this.

This growth in demand makes online higher education an economically viable business. The main factors when choosing an online higher education program are course content, adaptation of the course to the student’s needs, user experience, and price, with the latter being particularly relevant. This is a sector in which companies compete by offering discounts on their masters’ and courses, and by selling their services at the lowest possible price. Therefore, companies need to grow quickly to reach the profitability threshold and online education overcomes this threshold because it has no geographical barriers, it is an offshore  business.

In this environment, the main opportunity for the Spanish product compared to other online academic offerings lies in the language.

As it does every year, the Financial Magazine portal publishes several rankings on those training centers, institutions and portals of all educational levels and methods that meet the criteria of quality and academic excellence. It analyses more than 400 universities, business schools and higher education institutions each year and publishes the top 20 in each field. The top 20 of the ranking for online business schools are Spanish.

The Spanish product is generally perceived as being of superior quality compared to other international degrees and has an excellent quality-price ratio, but its main attraction is undoubtedly the language.

With a global Spanish-speaking community of over 585 million, Spanish is the second most spoken language after Chinese. More than 7% of the world’s population speaks Spanish and it is the official language in 21 countries. This is the main competitive advantage of the Spanish online higher education product, which gives the business a much greater potential for expansion than other higher education products.

The consolidation of this sector through corporate operations is a reality in which Finenza is working with different players, and which will allow Spain to reach the levels of an internationally developed sector, as in the UK and USA. 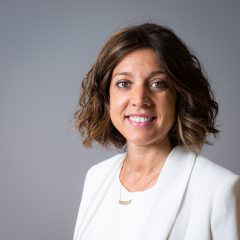