concept of the month Locked-box

Locked-box mechanisms is used by the selling dealer to allowed him to ensure the operation and, I addition, cover the increase in value of the company are the cash and debt adjustment and the locked-box.

In the locked-box, the parties agree on a fixed price based on the financial statements of the acquired company on a certain date prior to closing that will not suffer value extractions (leakages) in favor of the seller, except for deviations that may have occurred during the period interim. Therefore, this means that the box remains closed from a set date until the closing of the operation, thus ensuring the normal development of the business and avoiding decision-making that may have a material impact. The mains different of this mechanism from the rest is is the date of transfer of the economic risk of the target business performance.The economic risk is transferred to the purchaser at the locked box date, a date prior to the signing of the contract: The date of the reference financial statements.

It is a system that offers greater certainty to the seller about the price, pro-seller, the lack of need to closed additional financial statements, simplifies and minimizes conflicts in negotiations and reduces deadlines and save costs. However, it can also affect negatively the selling company since, in the case of generating value for the company on a later date than the established date, the seller will not be rewarded for it.

In the event of the latter situation, the seller, however, would have certain mechanisms that would allow it to ensure the closing dealing of the transaction and solve the problem of generating extra value. The most used mechanisms are: i) ticking fee, which allows to increase the price per share, for example, payments of interest day after the effective day; ii) reverse break-up fee, which consist in a certain amount of money paid to the target company after the acquirer backs out of the deal and, finally, iii) dividend payments on shares wholly recognized as liabilities, based in different milestones overview screen. 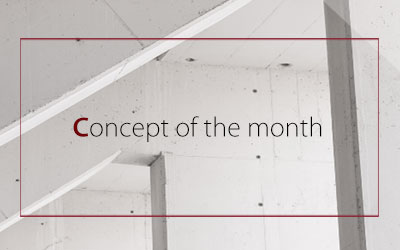 Concept of the month Vendor Due diligence

Unlike buy-side due diligence, in vendor due diligence (VDD) it is the seller himself who orders the audit process, thus demonstrating the authenticity of the financial statements offered about his company to potential buyers. Thus, the seller requests an independent...

END_OF_DOCUMENT_TOKEN_TO_BE_REPLACED

Concept of the month Equity- Kicker

kicker is a right, an exercisable warrant, that is added to a debt instrument as an incentive for potential investors, giving the debt holder the potential option to buy shares in the issuer. It is used exclusively for the benefit of lenders to increase their expected...

END_OF_DOCUMENT_TOKEN_TO_BE_REPLACED

Concept of the month subordinated debt

Subordinated debt is a fixed income instrument with characteristics inferior to bank issues since its holder has a lower collection capacity offset by higher profitability, compared to other debt assets. It is halfway between debt and equity; It serves to complement...